VC replaces parts by itself

Hello. The problem is that VC replaces some components with some other component by itself. This can not be noticed when doing the layout but when I open the layout again, some parts may be replaced. Is this known behaviour? At least it is very annoying as it can replace components from huge assembly and replacing them is very time intensive. Basically when this replacing happens, I have to get a backup file that is not broken.

In the attached picture this has happened, some components that were on the table has been replaced with robot pendants. The layout was okay when I closed it, but was broken when I reopened it. 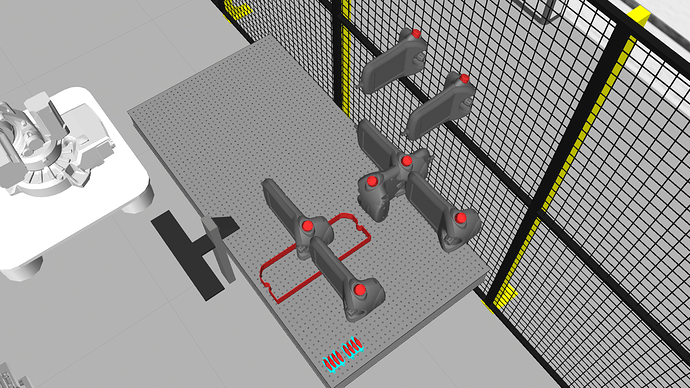 Unfortunately this is a known issue, but it is relatively rare and the root cause is still unknown.

I have had this problem from time to time and someone was kind enough to send me an addon to work around the problem. UniqueGeometryNames_210111.zip (1.5 KB)

To use: Select all components you want to give unique geometry names (Ctrl + A may come in handy), right-click and select “Make Unique Geometry Names”.
Note: You only need to do this procedure when you add new components to the layout, not before every save.