This addon allows rendering high quality images and animations. The addon converts the simulation scene into a blender scene and then renders the scene into image(s). Blender is an open-source 3D modeling, animation, rendering and video editiging software. The Addon utilizes the new real time render engine Eevee available in the Blender 2.8. Rendering can be done as a backround task, which will output the result automatically into a image file(s) straight from Visual Components or the scene can be opened in the Blender for further tweaking. Animations can be rendered to a sequence of images.

Here’s an example rendering. It took 1 hour and 27 minutes to render the video on my Lenovo laptop.

I had Bloom enabled, two light studio preset with an extra spot light. Depth of field node was set the the bin and F Stop 1.6.

Changes made to the default Bin picking layout prior rendering:

eme, thanks for this update to Blender 2.80.

when recording animation with it I see that the works components appear allright, just then they get smaller in every next frame, until they dissapear.

Could you kindly send a test layout. I found a bug that may cause this. Would love to test it with your layout.

sure, just a simple model with a crate and a barrel, attached

I can’t choose the output file. Is it any wrong?

Hi Jimmy, I guess you need to select a file with a .png extension when the file browser opens, you can select an empty folder as a directory

Is it normal for the rendering to take very long. I have an animation that lasts about 2 minutes and 40secs, at 1080p resolution recorded at ~60fps. That amounts to ~9934 frames. Each frame takes about 3 seconds to render and that makes it about 8 hours and 30 minutes for the entire animation. Is that normal?

I have a pretty decent pc. 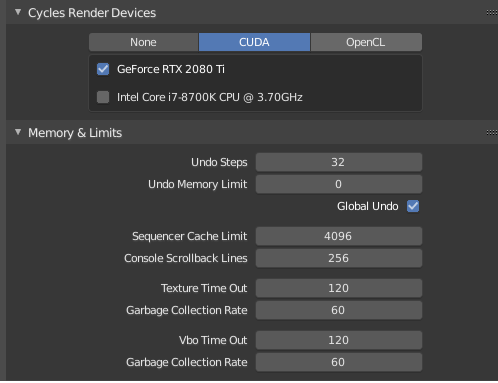 CPU and GPU Usage (while rendering): 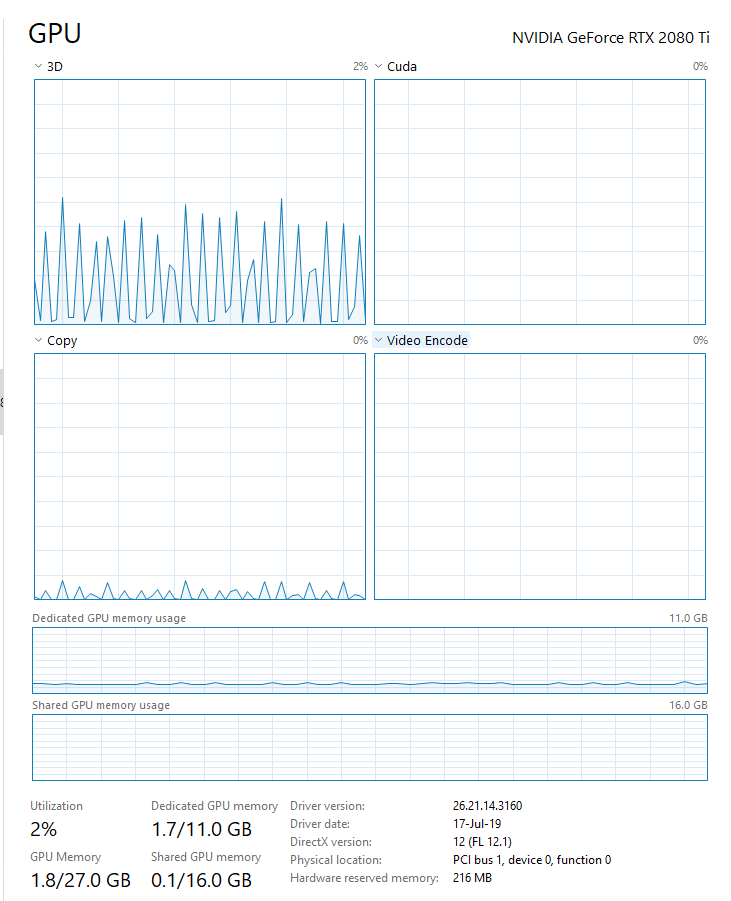 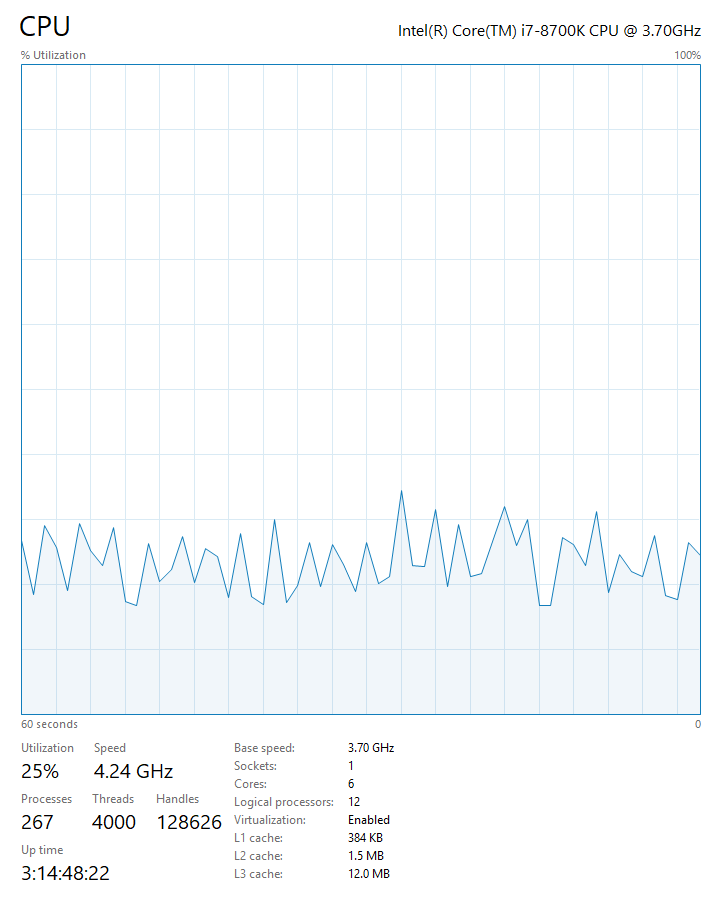 Wow awesome update, you actually fixed every single problem I had with the last version!

I get following error when I test it with different layouts:

That sound pretty okay. 3 secs per frame. You graphic card is quite a monster though. I’m not sure if you can tweak something on the blender side to get better performance from that card. But that’s a topic I can’t help you with. I tested with a single UR robot moving in the scene, I get a little less than 2s per frame withn fullHD resolution and 16 samples.

This looks nasty. It could be that the python is struggling to access the file for writing. Looks like your Documents folder is on a server drive. Could you try to move the addon to a local folder with write permission. You can install the addon from any folder by dragging and dropping the init file from the command folder to the VC 3d scene. Just make sure that the addon is not already added (i.e. remove it from the My Commands folder for this test)

That redering performance sounds pretty okay. 3 secs per frame. Your graphic card is quite a monster though. I’m not sure if you can tweak something on the blender side to get a better performance from that card. But that’s a topic I can’t help you with (coz I don’t know). I tested with a single UR robot moving in the scene and I get a little less than 2s per frame with the fullHD resolution and 16 samples.

I listed the major things this one improves in the bottom of the original post.

Hi vcnoob, I will try it. Thx.

Hi, I have been using Blenderer addon for some time without problems, but since yesterday, everytime I try to render a model that I imported from .step geometry, it takes unusually long time and then it freezes. In the past, I had no problem with rendering whole layouts with imported models and now i cannot render even one simple machine. The problem occurs when VC is exporting layout to .obj files that happens before opening Blender. When I tried exporting whole layout to .obj manually it took around 2 to 3 minutes, while using addon I waited 30 minutes and nothing happened. I am running VC version 4.1.2 and Blenderer addon 2.0.1 on Blender 2.80. I tried reinstalling VC, addon and Blender, but without succes. Anyone experiencing same issue?

first of all: good job - really appreciate your work!

I recognized geometry is organized by material when exported to blender - do you have any workaround for obj. export where the feature tree remains like in VC ?

Is it also slow if you take a single robot arm from the ecat and try to render that?

Could you share the model you are struggling with?

The inbuilt obj export is a lot faster than the one used in blenderer.

Not really. The geometry is organized like that for the sake of performance. It would require a quite a bit of editing to keep the VC feature structure.

If you need to keep certain things separate, separate them into nodes in VC and they’ll be separate items in Blender.

thank you for your reply. I tried rendering single robot and a whole layout from eCat and it was very fast.

Here is one of the models I tried to render.

Edit: my model failed upload test for unknown reason, so I uploaded it here: http://leteckaposta.cz/642572528