Hello experts
I would be needing some serious help with my schoolwork.
And I am struggling with some serious errors.

It’s your schoolwork so please try to make it yourself. If you have specific problems you are unable to solve yourself present those problems with accurate descriptions so maybe someone can give pointers. Generic “I need help, it’s urgent” doesn’t really encourage anyone to help. Also a good place to look for self-learning material is on VC Academy: https://academy.visualcomponents.com/

Thanks for the kind and encouraging words!

To anyone in similar situation, help is available and here is some info/etiquette to follow. At a basic level, try to describe the outcome or outputs of the simulation that you need to show along with any specific stages that you need to show working. It also helps to know if you are trying for a 1 or 5 based on ECTS grading scale. Be realistic: knowing how to use Works, Conveyors and Machine Tending libraries will take a few hours of your time. And talk with your professor/lecturer about where the project is at because the layout and simulation are iterative and the grading rubric should account for certain milestones and functionality in the layout.

In your case @meeli436 visually the layout is okay and looks nice. The layout uses different libraries, and the Output panel tells you that certain things are missing. For example, the human workers in your layout will not do anything because there is no Works Task Controller nor Pathfinder and no Works Process stations either. The Task Controller is needed to assign work to the resources. The Pathfinder is needed to tell the humans where to go and how to get there. The Works Process stations/components create tasks or work that needs to be done. There is not any of that in the layout, so if the humans are supposed to package the candies then that process will not happen.

The Output panel also tells you the robot cannot reach a point. Visually, this is clear as well because the inlet and outlet components are too far from the robot. You can turn the workspace of the robot on and off to verify where it can pick and place. 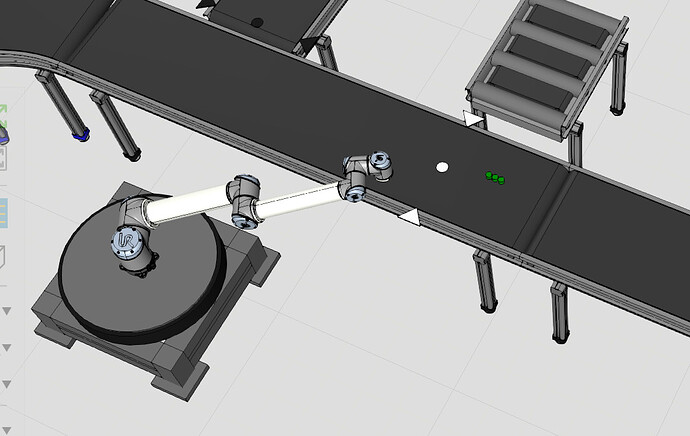 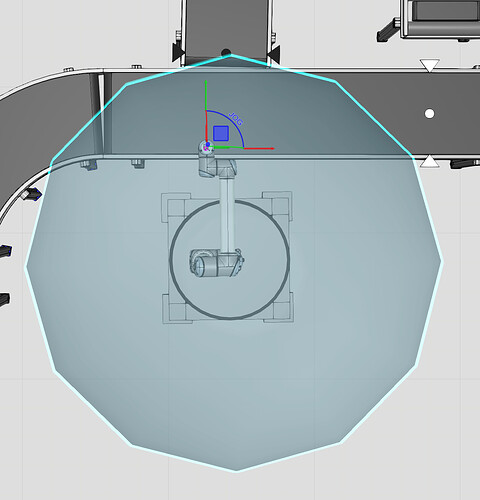 So those are three things:

After the stage of the robot picking and place jellies/cylinders, what is supposed to happen next is unclear. If I were you, in my mind I would tell the professor that I am an artist and quality cannot be rushed, the customer is paying for value not time, and the simulation itself is the obfuscation of nature so it is inherently designed not to work. That is, are the humans supposed to put the candies in the boxes without licking their fingers?