Hi, I’m working with a welding operation and want to make the width of the “TraceWidth” wider. I have been following this tutorial:

I loaded in the same layout as in the video and tried to change the width, but nothing seemed to happen. The width stayed the same. What is the reason for that? Is this something that does not work? 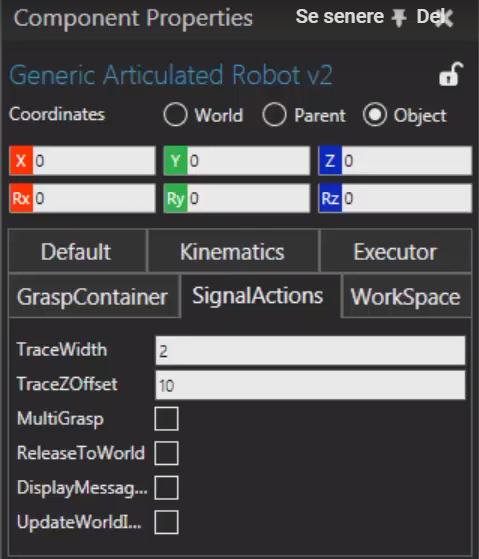 Also, I tried with a clean layout with only the generic robot and a welding torch. Under “SignalActions” there is no “TraceWidth”: 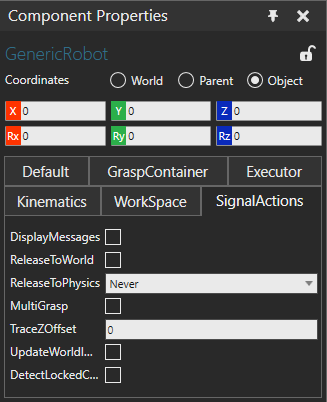 But dont have the option to change the width, why?

At some point the internal implementation for drawing lines was changed and as a result line width no longer has an effect. TraceWidth property is still in the robot components but it is just hidden.

I made some changes to the ActionScript that do traces differently so that you can still change the trace width. If you have access to Modeling tab (Professional or Preimum product) you can use the attached action_script.py to replace your robot’s action script with this modified version. Just go to robot behaviours, open ActionScript and copy the new script into it. That should show TraceWidth property on SignalActions so try changing that to draw thicker traces.

If you don’t have access to Modeling you can try the attched GenericRobot model which has the modified ActionScript.

I wouldn’t suggest using this modified action script on all robots but only when you need to draw thicker traces. The performance of this modified version may not be as good as with the original so it may cause some slowdown on large simulations.

Im getting an error when trying to download the script file.

I downloaded the vcmx and tried to change the width, this is what I got:

This is the program I used: 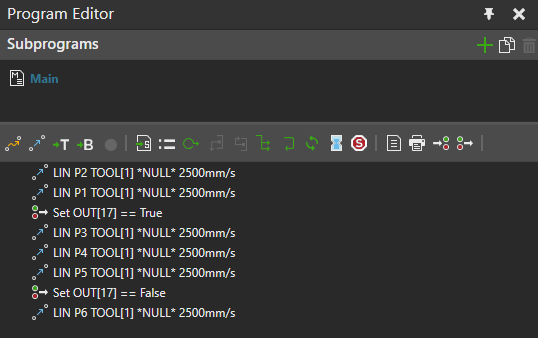 Did I something wrong? I checked that this was the modified robot. The result seems to be the same.

You might be running an older version then. This works with 4.1 (4.1.1.0 to be exact) but it seems to not work with some older versions. You can check the exact build you are running by pressing CTRL + ALT + J.

With the new version trace with width 10 should look like this: 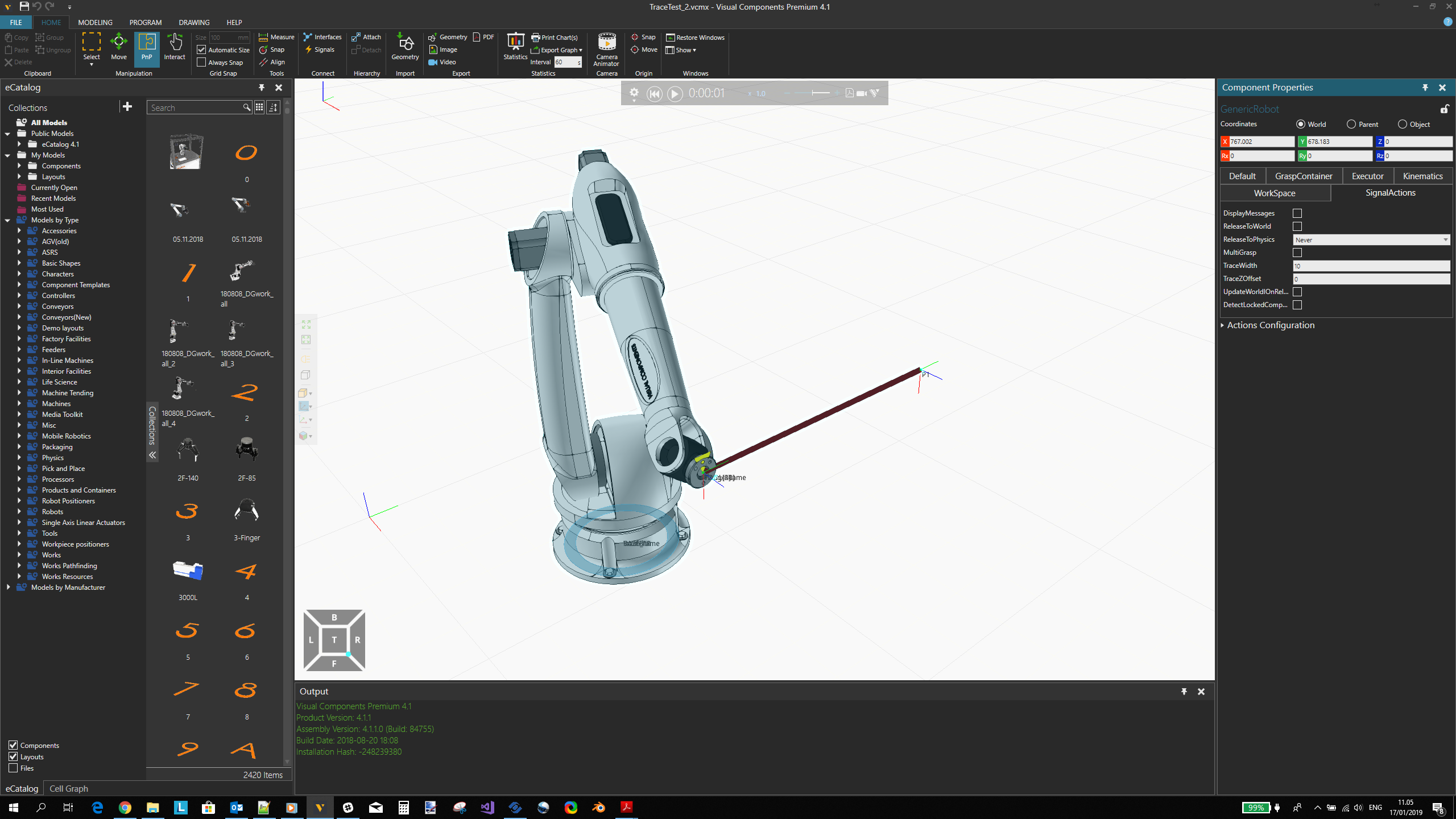