This layout has products coming from one source to two different processes. The robot needs to keep feeding parts to one assembly until it is complete then move to the other process and assembly it. The tutorial in the academy has the reserve resource signal in the transport out node, but it doesn’t know when the assembly is finished. When the reserve resource signal is in the process side, like I show here, it works until the second side tries to send a signal as well and then the sims locks up. 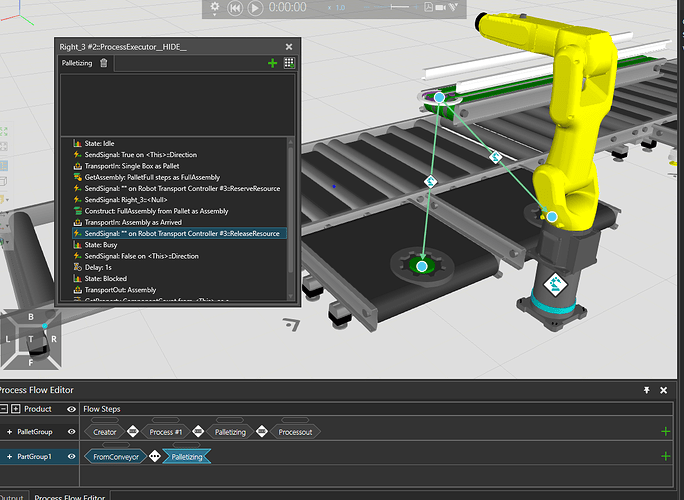 Solved: here is my solution: I had tired this several times but it would never start the process as it was waiting for a trigger -simple mistake-, the key to making it work was on waitsignal statement properties uncheck the WaitTrigger box 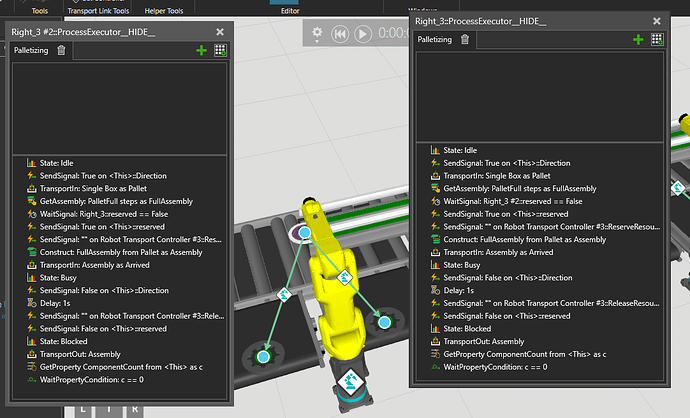 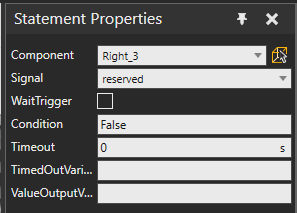