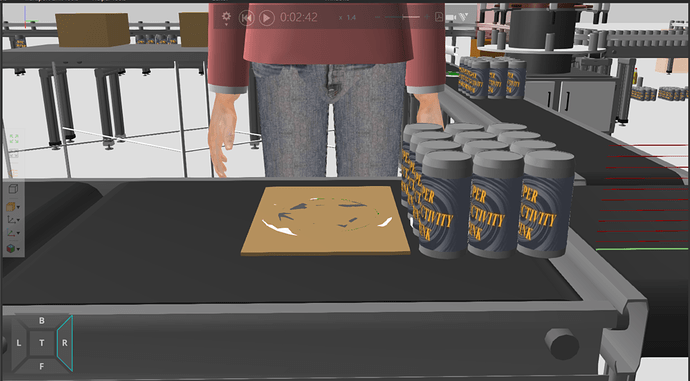 You need to add extra process before this ‘assembly point’ where you transport the can bundle in from the conveyor container, and then transport the bundle out to next process (which contains the cardboard).

It works. Thank you very muchhh…