Problems in simulating physics during palletizing

Hello everyone, when trying to put the parts on a pallet, the parts are “indented” into each other. I shift the work from the conveyor to the pallet model. For all the details, the value of colllider is written using a python script = ‘presize’, after the palletizing process, I also set the physics value of the component “is physyc”. Simulation in the app. The scripts are located inside the sensors on the pipelines, to run the simulation, you will need to specify the path to the files with the extension .txt and .xlsx

So your layout produces this complex stacking of parts, but I don’t see what you are trying to use physics for and whats the problem. 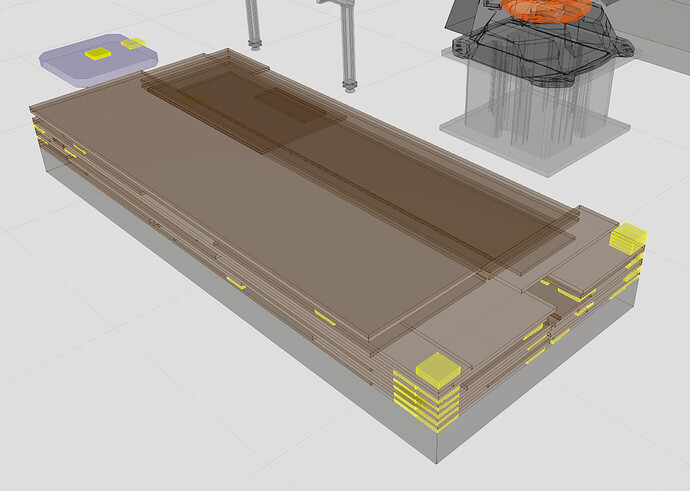 We check how stable the stack of parts is formed. Attached screenshots of what we are concerned about 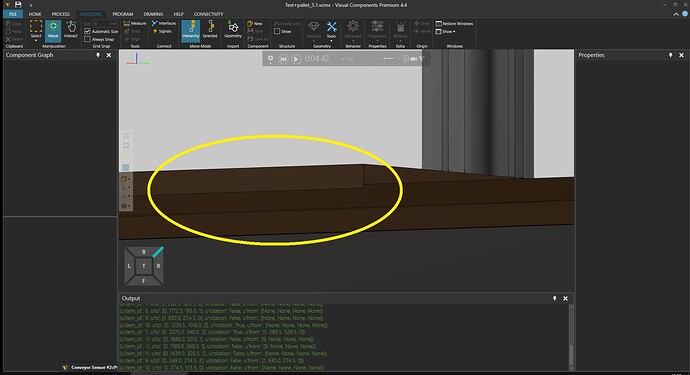 Such analysis might not be a very suitable use case for the PhysX 3 physics engine used in VC.
It might allow some overlap between colliders when they are under strain, and usually there needs to be some free space between the colliders as well.

In real life those sheets would also bend significantly unless they are made of some very stiff material while in VC they are perfectly rigid so your simulation probably won’t tell that much about stability anyway.

You could try leaving some space between the sheets before you add them to the physics world, and can also try increasing the SolverPositionIterations and SolverVelocityIterations values in the physics entity.

Thanks for the answer, changing the SolverPositionIterations parameter helped, I did 50 iterations, and the problem went away. We are not interested in bending parts in this simulation, it is important to identify all situations similar to the one in the screenshot. 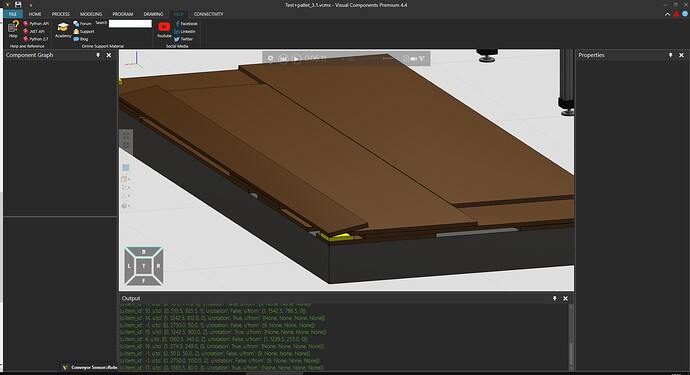