I want to create a model to which I programmatically add frames. To give a bit of context, I will add frames to an object that indicate where it can be grasped by a given gripper.

Everything is up and running, however, I noticed that the frames I import do not have the right orientation. As the frames I add to a model are ‘features’ defined relative w.r.t. a ‘root feature’ I decided to investigate there. What I found was strange to me:

I create a root feature, and it seems that this root feature is located at the world origin. The values are greyed out and cannot be changed, but they are all zero as I would expect: 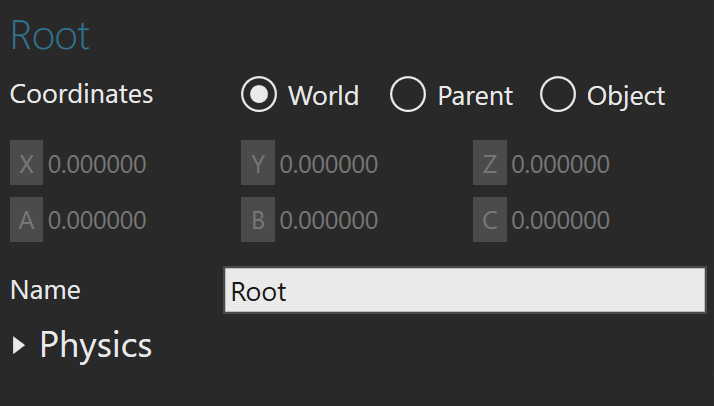 Comparing to the little world reference frame in the top left corner it indeed seems that the root feature has the same orientation as the world origin: 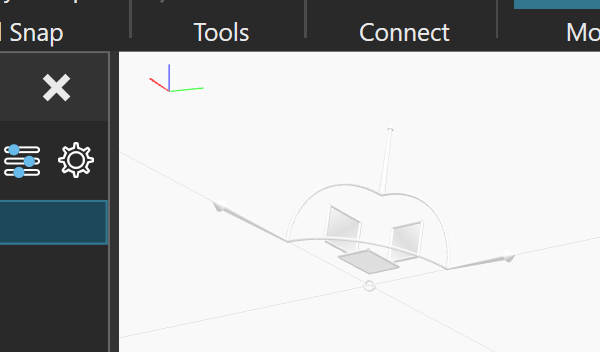 However, I get the following printed out in the terminal: 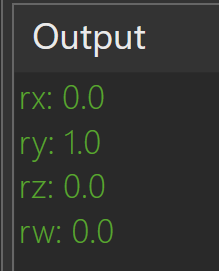 The mismatch I see here in the root feature orientation corresponds to what I see propagated in the orientation of the frames I want to add to my model.

Can someone please help me understand this?

See vcMatrix in the Python API help. The O vector is orientation, and there is a getQuaternion() method.

I was considering ‘P’ as position vector and ‘O’ as orientation quaternion vector. I was thinking in the wrong direction, probably since this is a convention we use in one of our own applications.
I understand now that ‘O’ is one of the frame’s unit vectors, along with ‘N’ and ‘A’, in that context my output suddenly comes to make sense.

A huge thank you for pointing me to the Python API documentation in the help section. I did not yet find this one before, but this looks like a bible and will be definitely a great and unmissable tool!