Has anyone found a way of making assemblies work with physics?
I’ve tried couple of things but so far I have been unsuccessful in my endeavor.

I’ve tried making an assembly out of physics object which didnt work and I´ve tried using a physic converter on a conveyor with hilarious yet negative results which you can see here
https://www.youtube.com/watch?v=RIBb5LEcpRY

Sadly I’ve had no luck with this which makes me feel a bit sad since I was hoping I could use it for some cool projects.

I was hoping maybe some of you people with more experience have figured this on out and could share a solution.

Edit: Too clarify, I can make individual parts work in physics but cant make a fully assembled product work with physics.

Are you trying to create physics joints between components? Each product instance has its own component and those are attached together in assemblies.

After detaching and creating the physics bodies you’ll need to take care that the physics colliders don’t overlap etc. or it will still explode.

Generally the whole concept of assembly product types is that each part has a rigid specific position and order in which things are assembled and disassembled. Any physics-driven “loose” assemblies are out of scope.

Also note that the physics engine only supports convex shapes (Convex polygon - Wikipedia), so it will not work for assemblies with internal elements.

Since I do not know what your end goal is, it’s hard to say if this would work for you or not.

@Este @TSy thank you for replying. After some trials I’ve figured out that a way to make assemblies work with physics. You were right, as long as the physics colliders don’t overlap it should do just fine.

Rendered two examples , one without a box that works and one that is boxed in and freaks out. 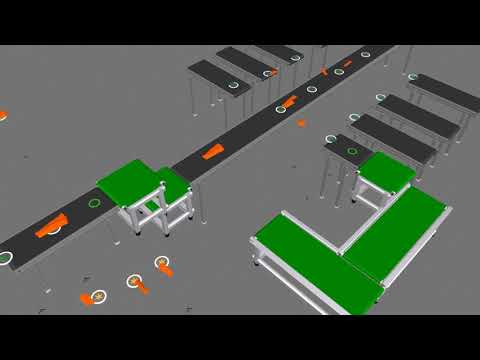 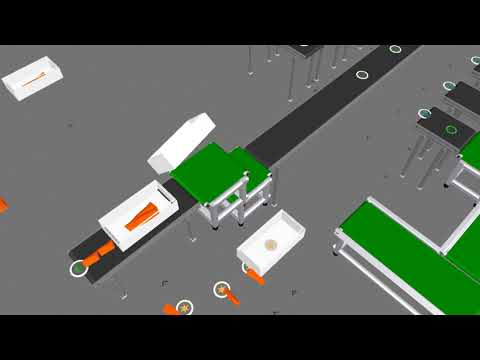 I’m happy its been a bit cleared out but also a bit sad that I cant have them inside each other. As I would like to make a scenario in which for example a product is put inside a box, then the box is closed up and given physics properties so that physics pushers could interact with it.

Thanks again for the replies, they helped in clearing things out when I was testing.