Hey , I’ve almost finished my whole simulation, one last step to go : simulated a conveyor that bring screw close to the robot.

I decide to put a batch conveyor instead of a straight one because the batch conveyor has the option to put a stopper which is very useful to stop the product where I want. Capacity of the conveyor is 1 so when the screw is taken by the robot , another screw comes and so on…

The issue is when the robot picks the screw at the end of the conveyor (where I put my stopper) the other screw stay on the feeder and does not go on the conveyor.
i’m pretty sure this is related to signal between robot and conveyor so I follow every tutorial , read every manual, link every signal to each other. The screw refuse to move… 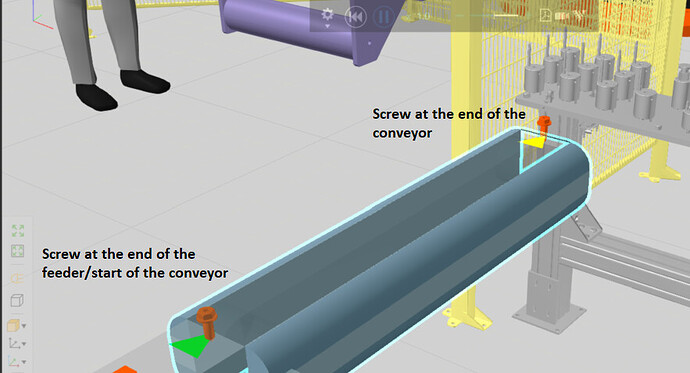 I try to link every signal possible , can’t find the way
Maybe this is relative to the feeder? 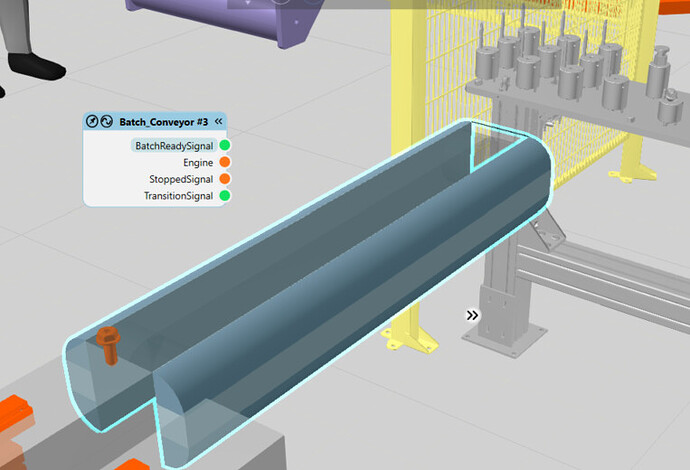 There is probably some built-in logic in the batch conveyor which breaks if the part is taken by the robot.

Have you tried using a normal conveyor with capacity set to 1, and connecting an end block from the conveyor utilities to stop the parts?

hi este,
this is exactly what I did. I think your refer “normal conveyor” as “straight convoyor” where I connect a sensor at this end link to the engine motor and it works but I was unable to do it with a batch conveyor…

The batch conveyor is heavily scripted, and the code is not expecting a robot to pick up the part by a robot. Instead, there should be another conveyor connected after the batching conveyor.

I made a quick layout demonstrating how you can use a straight conveyor with an end-block to do this without using the batcher.
conveyor_test.vcmx (981.6 KB)

Thank for your help este, It works fine now.
Indeed the batch conveyor is heavily scripted but because he has a stopper already “programmed” , I choose it rather than the straight conveyor.