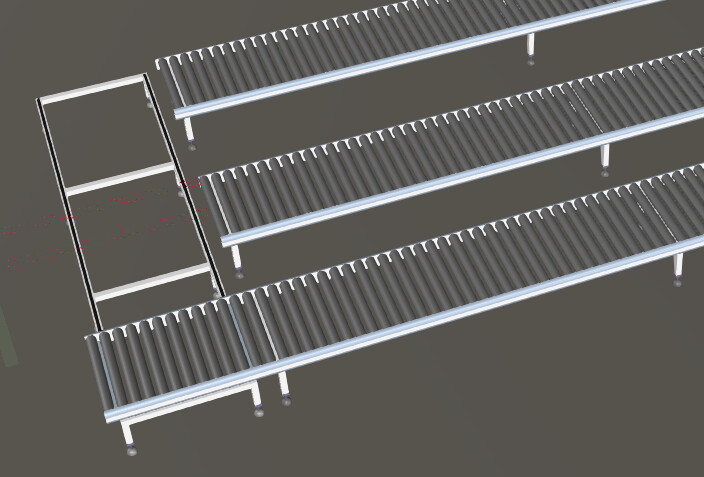 You mean something like this? It’s a really dirty hack of the shuttle etc…

Sorry for the late reply.
It’s exactly what I’m looking for. But I must admit that I’m using KUKA.sim for the simulation, and as such, I can’t use this implementation in my simulation, let alone run it.
That’s why I tried using cross conveyors instead, but the same problem applies here.
But given that I’m using KUKA.sim and not Visual Components, I’m not sure I’m asking at the right forum