Hello,
I am working on creating components in Kuka Sim Pro 3.0.4 using Python Features and have managed to design some shapes. The shapes are designed parametric such that changing property values in python code changes the shape accordingly.
Now, I would like to make the process simpler by change the property values in the component property tab and get the changes done in the shape. Is it possible to share the variables defined in property tab directly in the python feature script ?

Hello,
@zesty, @TSy Can you help me with the above asked problem?
I am a bit stuck at this stage.
Thanks

But in general, a feature has no direct way to know its component object let alone application object. you could try creating new properties for the Python feature, and then use a Python Script behavior to bind component property change event to update those feature properties, but this is getting crazy enough for me.

Thank you so much for replying.
I had to use Python feature as the component I am trying to create is not possible using primitive geometry shapes.

Yes, the rendering of created object is still an issue in this version. And the geometry remains unchanged in the 3D world. A trick to update the geometry is by changing value of any property in the component tree.
As you said, I tried using Python Script behavior to use variables to assign properties values to the variables in Python features. But it seems the variables cannot be shared between two python files. Component properties are accessible by the python script but not with the python feature file.
I am attaching my file below. If you could help me with the issue!
Torisphere.vcmx (21.3 KB)

All features are shared between clones of components, so your Python feature doesn’t have a single parent component from which to get properties.

I’m not going down the road of sharing variables between scripts and Python features, but the code example from Help file I modified to quickly test. 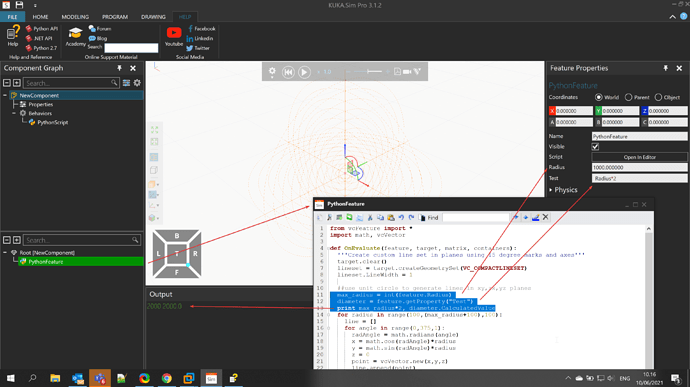 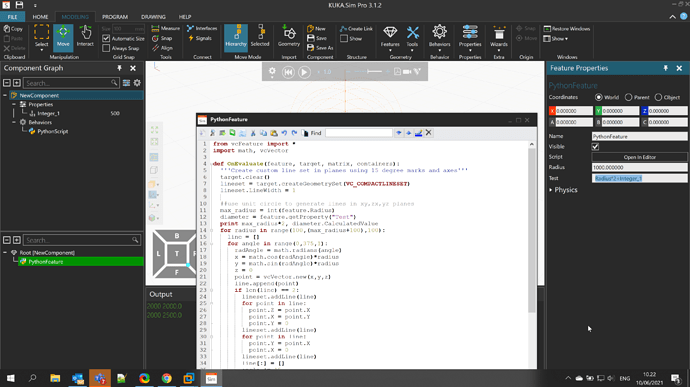 Hey,
Thank you so much for the help.
The problem is solved.