Does this plugin works with Camera Animator?

Unfortunately, no, because Camera Animator’s camera eye and coi are fixed all the time.
Current version is static camera, however it is possible to make camera dynamic.
As you can see in demo video, the camera is dynamic.
But there is nearZ and farZ issue, so I remove it for now.

I see, thanks for the explanation.
Anyway, great plugin!

Really cool addon. Thanks for sharing!

Hi @chungmin, could you explain why the 360 video can only play through YouTube? I tried with VLC video player but it shows nothing although the video is running, but some 360 video works with VLC.

Thank you in advanced.

Hi @Veritas, sound weird for me, the injected 360 video format is equirectangular, it should be OK for 360 supported video players, not just only YouTube, could you upload or send me the video that only works for YouTube but not VLC? Thank you.

This is an awesome plugin. My question is how can I get the “From” and “To” options I see in your layout so I can have it move in mine? I have a speed factor and runtime option but not the ones I see in the video. Thanks in Advanced.

@jbte Because while camera is moving, there will be nearZ and farZ issue, recording video would looks weird, so I remove it for now, will let you know when the issue is solved.

Ah perfect! And sorry I thought that was just an issue with Camera Animator not your two point system. Thanks and I look forward to it! Once again its an amazing plugin!

@Veritas @chungmin I ran into the same problem. When I had VLC 3.0.11 I could open the injected mp4. However I updated it to 3.0.17 and now it won’t run. I am going to downgrade and see if I can find the plugin that got removed during the update and copy it over. But I believe this is the root cause of the VLC issue.

@jbte Do you still have the video file? Mine VLC version is also 3.0.17, could you upload or send it to me for testing, thank you.

I used a Generic robot Layout template. It was working earlier today.

@jbte Works fine for me, there could be some options for activate 360 video. 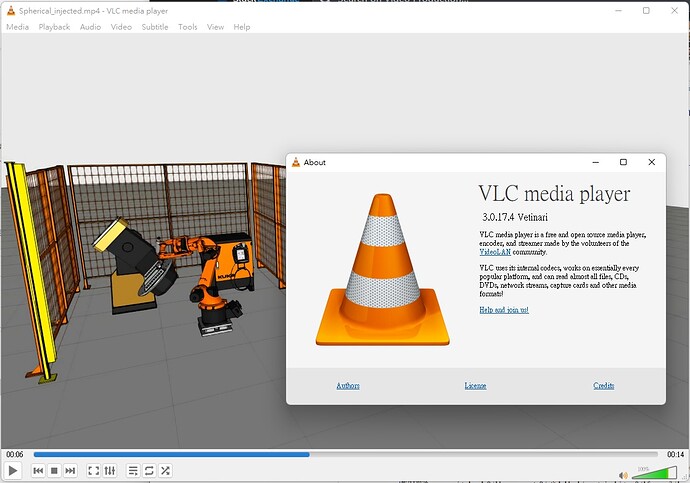 EDITED: It seems like it does not have force 360 option for now.
https://code.videolan.org/videolan/vlc/-/issues/18536#no3

I use PotPlayer, it has force 360 option 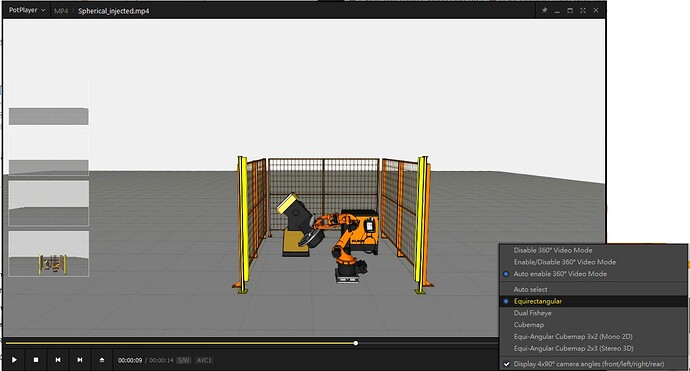 I tested @jbte video as well, the video I assumed is recorded in 2000 resolution and it could play with VLC.

@Veritas Interesting, your video works fine for me with PotPlayer, but VLC cannot.
I think VLC has issue with over 8K video. 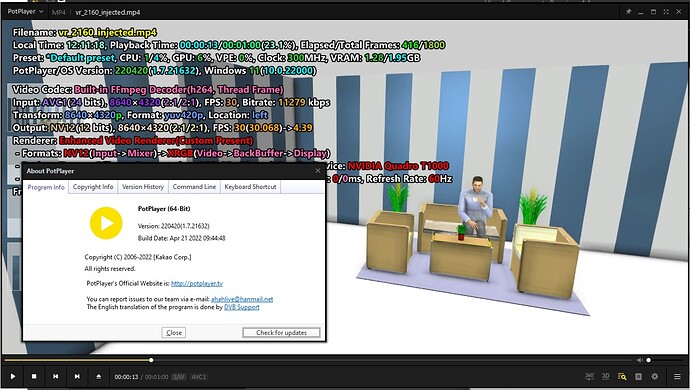 I see, thank you for the info. Then, I should record in max 2000 resolution for it to work with VLC.

Uploading: image.png…
can you hlep me?

Did you meet “Cannot find view for d”? * Software Version 4.3