first: thanks @zesty for your answer in another thread, i think creating a separate topic is better.

I want to generate a custom pattern with 4 plates next to each other. These plates should travel simultaneous onto the conveyor and continue to do so if one of the plates gets picked by a robot. The robot will pick them on the move, i do not want the plates to stop on another WorksProcess. Thats why i can’t use the merge/split tasks.

So far creating the 4 plates with the CustomPattern list of the TaskControl is fine apart from them not having the ProdID I set there. But thats for another topic.
The 4 plates are on the Process-Surface but won’t move out at the same time. Disabling SpaceUtilization and Accumulate in the Path Properties of the conveyor allowed them to travel next to each other on the conveyor but theres still a delay caused by the works process. It moves the next plate only after the origin of the foregoing plate leaves the WorksProcess.

@zesty: you mentioned picking the parent part last, but I have no idea how to pick it last if all of the parts have the same ID.

Just for anyone wondering: 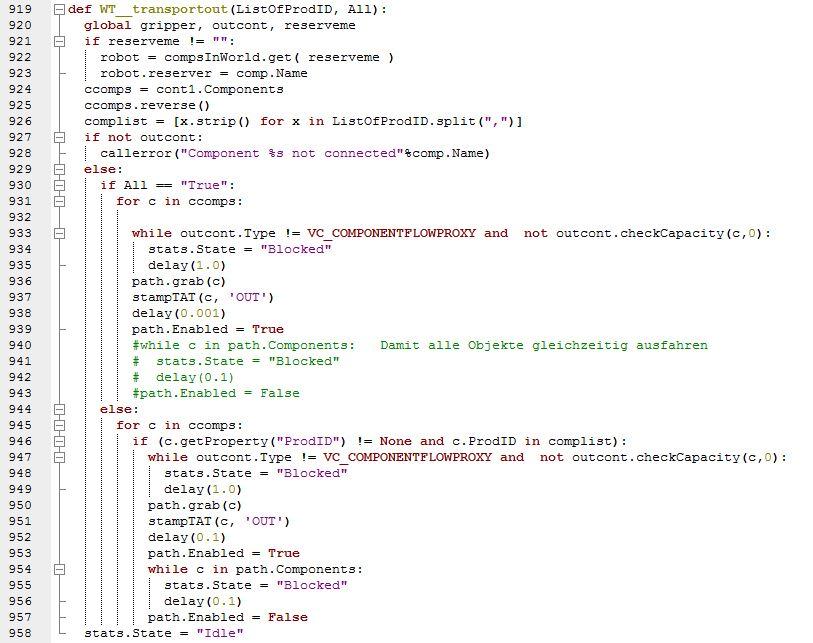 I uncommented the while statement and thus the path.Enabled = False statement. The Plates now travel together on one Path simultaneously.